Game news of the day 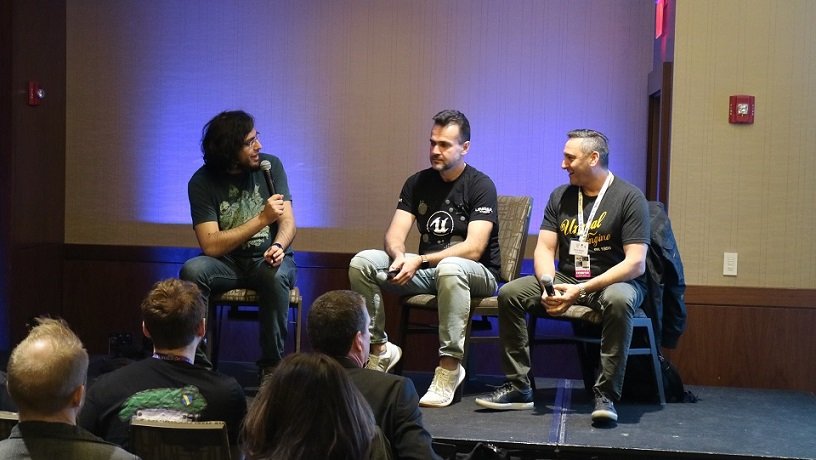 As part of PAX East, Epic Games employees David Stelzer and Sergey Galenkin shared their first store success in about four months of their existence, and once again talked about the need for exclusives and their future on the platform.

Stelzer again stressed that more work is needed to change the current business model of the gaming industry. According to him, the company has already received about half a billion dollars from the Epic Games Store, of which 88% was given to developers.

Updated: Epic Games called the amount of half a billion dollars wrong.

We truly believe that consumers like the highest quality games. At the same time, it is an excellent system for developers, since it allows them to earn more on their hard work.

The company competes not only with Steam, but also with other platforms, the number of which has been actively growing in recent years. Epic Games now needs exclusives to break through and attract the attention of a new audience.

We need to declare ourselves. And the best way to do it at the current stage is to use exclusives so that people come to us and buy them. People should not be afraid to discuss it. They will always have some concerns about this. At least the community can talk about it openly. But we do not want to block someone from the games.

David believes that without exclusives, it’s not possible to do anything at all, because it’s not enough just to open another game store, even if you already have some kind of active user community.

If you want to attract a large audience, you will need the content that it wants. I do not think that it is enough just to make a shop window and let everything go to chance. It's great to have a large audience like Fortnite. But if you do not have something that ensures long-term interest in the store, then it will be difficult to keep players involved.

Galenkin himself noted that Epic Games may well abandon the policy of exclusivity, when the developers themselves will choose its store.

I am sure that in the future we will rely much less on such deals, giving preference to the developers who come to us themselves.

And Stelzer recommended not to pay attention to crowds of gamers complaining about EGS for no particular reason.

I think if you get too carried away by what the crowd is saying, then you might have some kind of analytical paralysis.

Epic Games announced earlier that The Outer Worlds, Control, The Sinking City, as well as the latest David Cage games will be released on its platform. The company also said that Metro: Exodus sold at its store 2.5 times better than Last Light on Steam.